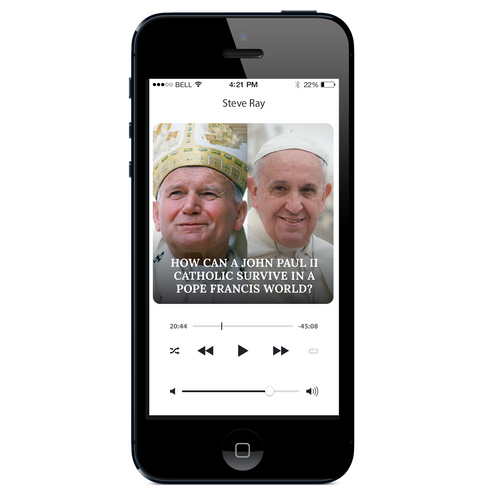 MP3 - How Can A John Paul II Catholic Survive in A Pope Francis World?

MP3 - How Can A John Paul II Catholic Survive in A Pope Francis World?

We live in strange times when conservative Catholics and orthodox priests and bishops are considered outsiders by the Pope and intimidated into silence. Steve Ray addresses the papacy of Pope Francis describing the issues, the situation and how we as faithful Catholics need to respond.

You did a beautiful job and presented it clearly and in an easy to comprehend fashion with your usual enthusiasm and humor. And what you said was the TRUTH. I don't think anyone could argue against that.

Steve, you have such a gift. Never stop doing what you're doing!

God bless you, my friend!
Diane